Twelve score and eleven years ago, the United States was embroiled in an immense and tragic civil war. The country was divided in many ways. Some members of both the Republican Party and the Democratic Party were against the war. Some were supportive of the war and the way President Lincoln was handling it. As the general elections of 1864 approached, the urgency to unite the country grew.

That is what this country needs now. It needs a landslide victory of patriotic Americans over the current administration and its political allies. It needs for principled Republicans and Democrats to leave their parties and unite under the banner of the National Union Party.

I have never written a party platform before, so obviously this will be revised some day. Meanwhile, I think I have the gist of what the country wants and needs to hear. And what it needs to be true.

We the people of the National Union Party are fully committed to the proposition that all people, regardless of gender, race, religion, or national origin, are equally entitled to life, liberty, and the pursuit of happiness.

It is our position that a government “of the people” must include men and women of varied cultures and backgrounds to justly represent the people of the country. Members of the National Union Party aim to wipe out any and all measures that inhibit or discourage any targeted group of law-abiding citizens from seeking public office. All candidates must be treated fairly and equally, no matter their race or national or cultural background.

It is our position that a government “by the people” must reflect the values and the will of the people. All forms of voter suppression must be abolished so that all people are encouraged to participate in referendums and elections. Not just allowed, but encouraged. Partisan and racial gerrymandering must be abolished before the census of 2030, and any ill effects of unfair gerrymandering in this 2020 election and subsequent elections must be corrected hastily.

Resolved; that in the 2016 elections a foreign power attacked our electoral system to benefit the candidate who eventually won the electoral vote and became president. In welcoming the attack as a candidate the current president demonstrated his contempt for long held American values. Since taking the oath of office, the current president has made no effort to prevent a similar attack in subsequent elections. Instead he and his administration along with his political allies in Congress and allies in the media have used the powers of their respective stations to distract and misinform the public to divert attention away from the president’s own criminal activity and encouragement of the same foreign powers to attack our democracy again. In order to restore faith in our government, the next president must publicly expose the deeds of the current president and his political allies and seek punitive measures wherever appropriate and make a concerted effort to prevent all foreign intervention in our elections.

Resolved; that the current president and his administration have contributed greatly to the erosion of democracy in America, and consequently the weakening of our national security. By unilaterally pulling out of international agreements against the better judgment of the majority of Americans, by unilaterally repealing measures that protected people’s health care and civil rights, by appointing and empowering cabinet ministers who routinely act to undermine the purposes of their own departments, by appointing members of his family to important positions without approval by the Senate and without proper security clearance, by publicly and repeatedly disparaging the U.S. free press and showing deference to agents of a hostile nation, by disparaging and marginalizing Congress – the people’s Congress – by insisting that all the people around him, including cabinet ministers and advisors, commit their loyalty to him first, and the country second, the administration of the current president has weakened the power of the people. The next president must make every concerted effort to restore power to the citizens of the country and restore Democracy.

Resolved; that the current president and his administration and political allies are actively perpetrating a “reign of cruelty” on America and it has aided in lowering the reputation of the U.S. around the world. By enacting policies in which asylum seekers are incarcerated at the border, and where children are taken from their parents and made to endure inhumane conditions, by enacting measures by which women are denied adequate health care specific to their needs, by instituting measures that seek to prevent certain people from entering the country because of their professed faith – these are cruel and inhumane acts and they speak to our identity. As Americans this is NOT who we are. The next president and administration will have to work doubly hard to restore our allies’ faith in us, and restore Americans’ faith in themselves. 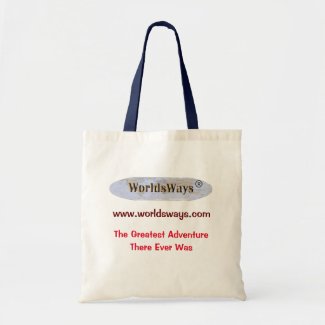